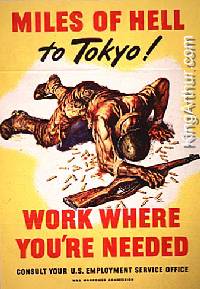 First, we went crazy,
Wiping out Hiroshima and Nagasaki,
Melting the skin,
From baby's head...
To their tiny, 'lil shin.
Be it mother, daughter or bride,
There was no place to hide.
The US as first mass terrorists,
Killing innocence,
Is something we couldn't resist,
Now, we suffer the consequences,
Murdering worker, by-stander and civilian,
All in our claim to be civil, again. 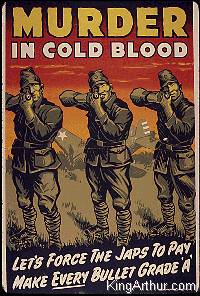 Though,
I'd rather not know,
Phew!
I'm glad you knew,
About HEW. 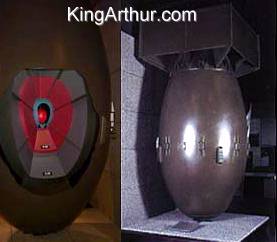 Then,
We went MAD,
Confusion over fusion,
Try to create a division,
Among men,
But, in the end,
We literally level the playing field,
No one will yield,
So, we send --
Mutually Assured Destruction,
Equalizing our situation,
'cause no one's ahead,
When we're all dead. 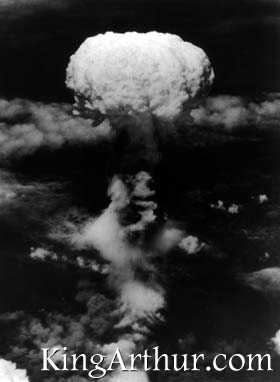 How can you build a better bomb,
When we all know,
Murder is wrong,
How can you be a superior butcher,
Of your fellow,
Be he inferior... or, strong?

Yes, you're the bomb!

NOTES
Mackenzie asked questions about HEW (High Energy Weapons):
I am doing a class project on the atomic bomb, and i visited your site, to find information. I have a few questions that I would like you to answer, to help me on my project. How has the atomic bomb changed over time? How has it affected society? Why was it made? I would really appreciate a response to my questions, if you have time to answer them.

sidd replied:
a) How has the atomic bomb changed over time?
not much ... after the development of fusion weapons in the 1950s the basic design has remained the same. the changes have been in engineering smaller warheads for missiles

b)How has it affected society:
this is a large question: i would begin with hiroshima and nagasaki in the context of world war II, proceed through the cold war years and the policy of MAD (mutually assured destruction) and analyze the current threats of non state actors using such weapons...

c)why was it made: i suggest a trip to the library to look at 'The Making of the Atomic Bomb' by Richard Rhodes, and the book 'Dark Sun' by the same author. These are good overviews of the construction and development of these weapons both in the USA and the USSR

Back To The Album:
Playing to a PAC'd House

© The Philadelphia Spirit Experiment Publishing Company & KingArthur.com
These graphics, images, text copy, sights or sounds may not be used without our expressed written consent.